Local author Dr. Bobby Waddell continues to detail his journey as a Christian with the  release of his second book, Turnabout.

Turnabout was published in April. It follows Principles, which was released July 2020 and details the five major Christian principles on which his parents built their life —  prayer, Bible study, church support, giving and tithing, and witnessing about Jesus Christ.

His parents, Elbert and Irene Waddell had their first child, Tommy, in 1950. They established a restaurant, and a successful painting business, but the couple knew they had a higher power to thank for the fruits of their labor. Elbert rededicated his life to Christ on a Wednesday night service at the Tabor City Baptist Church. His wife, Irene, followed, and became the stabilizing force in his life throughout their marriage. In the years to come, Elbert was led to preach. The growing family that now consisted of Tommy, Debbie, Sandy, and Bobby, found themselves planted at West Whiteville Baptist Church with Elbert as the pastor. God called them to Friendly Baptist Chapel, now known as South Whiteville Baptist Church, where the family remained faithful servants.

Dr. Waddell felt compelled as early as the 1980’s to begin keeping a manuscript of his parents’ marriage. He recalls his father rising early every day, reading as many as 35 chapters of his Bible and praying. His mother also began her day with Bible study and prayer, and took great care to teach her children about Christ, Waddell said. The bond his parents forged inspired the first book. The second book recalls the early years of his parent’s marriage, and how their faith guided them through the toughest of times.

Elbert was born into a family of alcoholism, and Irene came from a very poor family. Turnabout is the story about how the small-town couple put Christ first in their lives, and became a positive influence to their family, their pastorate, and many others who came to know them.

“My daddy always expected us to tell people about Christ. Don’t get led off into fishing stories, and golf stories. Tell them about Jesus,” Waddell said in the book.

He said he tries to follow his parents’ example when it comes to his own sons, Cheox, Zach, and Jason, and how he tries to demonstrate what being a good Christian is all about.

You can find both books on Amazon.com, in paperback and hardcover, and if you have any questions, or would like for the author to hold a book signing at your business, you can contact Waddell at Bobwaddell@gmail.com. 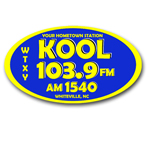 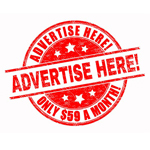 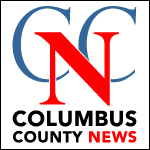